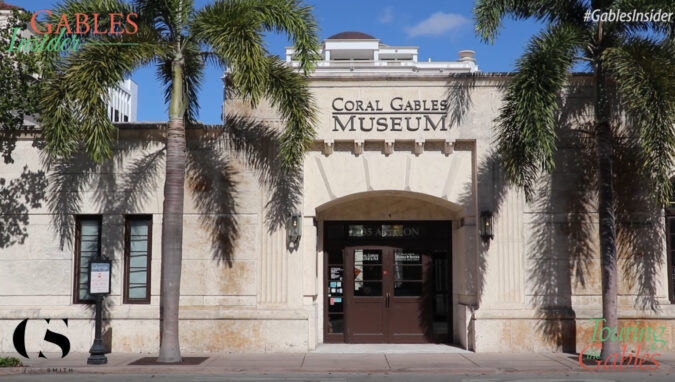 The CoraI Gables Museum has been selected as the winning recipient of the American Institute of Architects of Florida ‘2021 Peoples Choice Competition, it was announced today This particular award focuses on adaptive reuse – buildings that have been reimagined for another purpose.

“Among so many outstanding choices, it is truly a great honor to recognized from such a commendable selection of unique buildings, and to have the privilege of being a part of this vital cultural institution and its impressive growth” John Allen, executive director, stated.

The Coral Gables Museum was originally, from 1937 to 1974, the Municipal Building, housing the Coral Gables Police and Fire departments. The complex was the last work by Coral Gables master architect Phineas Pabst, who passed away before ground was broken, and which was completed by his partner Harold Steward, renowned Florida architect. The iconic building, noted for its sculptured fireman on the west exterior wall, served in that capacity until a new Municipal Building was constructed in 1974.

The building served in a variety of public and private capacities for several years. In 1994 Wayne “Chip” Withers conceived the idea of a Museum and community activities, and, with the assistance of many Coral Gables residents and businesses began to fall into place in 2008. Especially notable in the formation of what would become a Gables institution were Chair Emeritus George Kakkouris, the first chairman, the beloved late Arva Moore Parks Mccabe, and Dona Spain, who was a vital member of the original advisory group.

In addition to two generations of CoraI Gables Commissions, among the most notable of those early supporters were the Robert Fewell family, who funded the enormous FewelI Gallery, the jewel of the exhibition space, and whose support has been unceasing, the late Mayor George Corrigan, Mary Young, Dona Spain and Mayor Donald Slesnick, who was instrumental in securing the initial seed money. Other generous donors also include Anthony Abraham and the late Frank Lynn, for whom galleries are named in their honor.