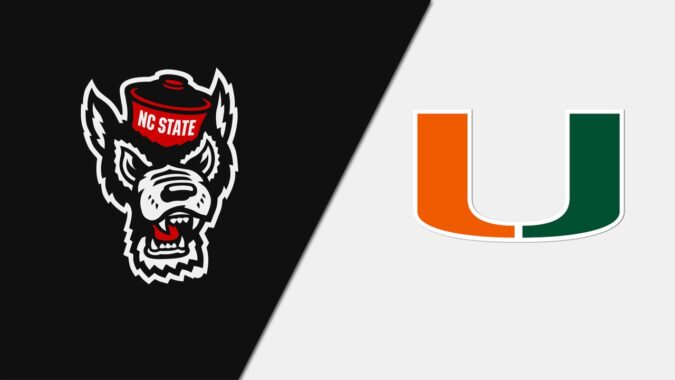 For the 6th consecutive game, we have managed to put up runs in the first inning, but unable to hold on with the exception of game two against VT. Today the MO was the same with the one noted exception: the outcome. We said goodby to small ball, and for the first time this season we utilize the extra base hit plus the Insurance HR in the 9th by rookie CJ Kayfus which also happened to be his first hit as a Miami Hurricane. My hat is off to Gino for not screwing around with the BP and went right to our closer in the 8th when we were holding on by the smallest of margins. Unlike a certain other pitcher, Carson did not fail us and showed why he is our Closer.

Gino having seen that two of our vets are not producing with the bat or glove, decided to give the call to the bench in the attempt of damming up the leak at first and third. Gil and Toral just  have not protected the lines and letting too many balls finding their way under the gloves.  Both are neither hitting the ball batting .143 and .200 respectively and their strikeouts continue to climb with 16 (8,8) between them. Alex added 2 more looking, filling the role of DH. Overall, the team has 78 strikeouts through 8 games and batting an overall .229.

That being said, no change 1-4. Still sticking with Lala as leadoff, even though he is leading the team in strikeouts with now at 12 (2 more today), and batting .226. His on base percentage is .400. On base, he becomes a major threat to score which is why he is exactly where you want him in the lineup. Vilar and Yoyo at 2 and 3. Yoyo has shown to be one of the most consistent on getting on base setting it up for DC who is still waiting to break out with last year numbers. Batting 5th and who has had a tough start offensively and defensively has been Alex Toral. Gino kept him in the lineup but as DH. Gil who saw action yesterday was sidelined as his bat and glove continue to spiral downward. Instead had Yoyo slide over to 3rd and Dominic Pitelli  at short batting 9th. CDC and Jenkins batting 6th and 7th with freshman CJ Kayfus getting the call off the bench to bat 8th and playing 1st base. Freshman Alejandro Romero on the mound looking to put us back on track once again.

The game started pretty much the same as yesterday with Jordan getting hit by pitch with dividends added from the hitting from Vilar( single),Yoyo (RBI groundout),  and DC (RBI,single). Alex and CDC ended the scoring with each striking out.

Also like yesterday The Pack would respond with tying the score at 2 after just 3 pitches from Alejandro. First pitch double and an 0-1 shot over the RF fence. This early unexpected start looked like Rosario might have short circuited, but it was a short electrical pause in holding the pack scoreless for the next 3 innings with just a single hit.

The score remained at two going into the 5th with two outs. Pitelli, batting 9th, broke the draught of only 1 hit since the opening deluge in the 1st where the next six batters striking out (4 consecutively) and a DP thrown in before his turn at bat. His single with 2 outs sparked back to back doubles by Lala and Vilar to break the tie and gives us a 4-2 lead.

As been time and time again, the opposing team always had an answer. Today, it took the next two innings to tie the score at 4. They got one back in the 5th with an RBI single and another in the 6th after having an appeal held up on an inning ending DP, the Pack capitalized on Pitelli missing the bag on what should have been an inning ending 4-6-3 DP.

Miami finally broke the tie in the 8th with a leadoff ground rule double by Yoyo having the ball hop over the fence in the RF corner. If stayed in probably would have gotten a triple instead. Advanced to 3rd  on a WP and then beating the throw to home; stealing what would have been extra bases for CDC with a ground liner down the line which 1B stabbed and touched first before the throw home. Yoyo speed slid around the tag and gave the Canes a one run lead.

With the game still very much in doubt and Miami’s inability to hold onto a lead, Gino did not waste any time and goes with our closer: Carson Palmquest. The 8th started a bit shaky after striking out the first batter and having a 1-2 count on the 2nd batter before hitting him. This followed by a full count walk putting the tying run on 2nd. Rebounded nicely with his 2nd strikeout of the inning and grabbing a surprise liner back to him to end the inning.

A bit of an insurance run came to open the 9th and CJ Kayfus leading off still looking for his first hit in a Cane’s uniform. When you finally get it, you might as well get it in style going over the LF fence. That was all the doctor asked and gave he spark Carson needed in quickly putting the Wolfpack hope for another resurgence with a 1,2,3 ending.

The difference today, was offensively we hit for extra bases with 3 doubles (Lala,Vilar,Yoyo) and a HR (Kayfus). Had two with multiple hits: Anthony Vilar 3-5 (double,RBI) and Dominic Pitelli 2-4. The one error defensively, attempted pick off at first in the 6th was not costly. There was one Kodak moment which seems to take the wind out of the sails in the 7th after it looked like the tide was turning in the Wolfpack favor when they capitalize on a reverse DP call an inning earlier. Yoyo overrunning the bag which resulted in a run, turned things around with a spectacular grab to his left and making the play at first to lead off the inning. The Pack never regained the momentum after that.

Support from the BP did not let us down which has  not been the case most of the early season. With Rosario starting and Palmquest ending, it seems an unbeatable combination. If the BP can answer the call and the bats start showing more in the way of extra bases, and striking out less we can begin to earn all the nonsense made preseason of this being the team to beat.

The series tied at one, the rubber game tomorrow at one with with freshman Victor Mederos on the mound.