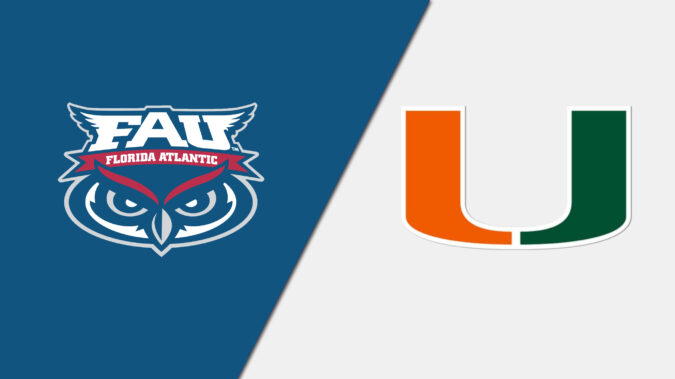 Miami having used all their primary starters over the weekend, the big question was who was going to start and would this be an evening of pitching by committee. Gino elected to start a freshman Karson Ligon who made his debut Saturday afternoon in game 2 relieving Carson Palmquist for 3 innings. Gino felt he had a good enough outing to warrant the start for tonight’s game. What Gino got instead was something that he did not expect and elevated Karson to a whole different level. FAU whose bats were sizzling hot this past weekend ran into a firestorm tonight from starter Karson Ligon and his supporting staff from the BP of the Denials (Schlesinger, Ziehl, Raudelunas, Arguelles). Ligon was brilliant striking out 8 and just allowing one run on two hits for five innings. The Denials came in for an inning each and completely shut down the Owls, not allowing a hit or run, striking out 7. While pitching took the spotlight for tonight, the offense was not exactly quiet with two explosive innings of 3 and 5 runs pounding out 10 hits coming away with a decisive victory earned through solid hitting and convincing pitching.

With a squad enriched with talented outfielders who all can hit, it is difficult to come up with the starting 3. Mike Rosario who had been DH got the starting call to play right with Carrier moving to left and Burke who has been playing left and right, tonight started in center replacing Jacoby Long. The DH for tonight is another OF Zach Levenson. The lineup through the cleanup hitter was unchanged (Kayfus,Pitelli, Morales, Romero). As expected Carrier who had the hottest bat through 4 games (.500) batted 5th. Burke, Rosario, Levenson rounded it out batting 7th-9th. Karson Ligon, a freshman, getting his first start.

Miami drew first blood in the opening inning with CJ leading off with a double and Yoyo following with an RBI single to take a 1-0 lead. This lead would hold until the 3rd When first baseman Nolan Schanuel tied it at one with an HR down the RF line.

In the bottom half of the inning, Miami answered with 3 of their own to take back the lead. CJ, like he did to open game one, executed a perfectly laid down bunt down the 3B line. The throw to first by the pitcher went wide of first and CJ proceeded to 2nd on the overthrow. Dominic walked and Yoyo made good contact with the ball to right enabling the runners to advance one base. Max brings in the first of three runs with an SF to center which also advances Pitelli to third. Carrier is HP putting runners on the corners. Consecutive RBI singles by Dorian Gonzalez and Jacob Burke finish the scoring at 3 to widen the margin to 4-1.

The Owls would have nothing left in their tank in not being able to come up with a hit and never having anyone get beyond 2nd base the remainder of the game. Miami pitching dominated over the next 6 innings striking out 10 with just allowing two walks.

Miami would add to their lead in the 7th with 5 runs leaving them short by one run of getting their 5th consecutive game in double digits. The inning opened with Yoyo hitting a routine fly to center which became anything routine when the CF dropped the ball and Yoyo ended up standing on second. Things went sharply downhill from there. Back-to-back walks to load the bases. Yoyo was out at the plate with Dorian hitting into a 6-2 FC. Bases still loaded one out, WP brings in the first run. Runners on 2nd and 3rd Jacob singles bringing home two. Jacoby Long, PH for Rosario, cleared the bases on the first pitch going 375′ over the LF fence for two more totaling 5 and the final nail in the coffin winning 9-1.

Miami’s hitting offense continues to roll with 10 scattered hits tonight; only two for extra bases. CJ opened the game with a double and Jacoby Long with his first HR of the season in the 7th. Only two players with multiple hits: CJ 2-5 (double); Jacob Burke 2-4 (3RBI). After a powerhouse of a start from Dominic Pitelli of going 4-4 with 4 RBI in the opening game, he has been in a major slum with only 2 hits in his last 17 at-bats. Tonight 0-4 striking out 3 times. Yoyo has been slowly finding his way back to hitting, after being below the Mendoza Line (below 200) before the final game against Towson. Entered tonight’s game batting .214. Tonight batted 1-4 (RBI single). CJ Kayfus leads the team in batting with a 450 average. Overall, the team is batting .306, and the opponents are being held to batting .144.

The BP has been the biggest surprise this season so far. This season they have for 5 games only allowed 3 runs over the course of 19 innings. Tonight Karson did not pitch like a freshman but one who appeared to have a lot more time and experience on the mound. I don’t think anyone expected the pitching to be as commanding as it has been and let’s hope it continues to perform at this high level of excellence. If the offense can put runs on the board, which they have, then the pressure will be a whole lot less on our pitching staff which is exactly the way it has been to date.

The real test is a little more than a week away. If we play as well against Florida, this season will be possibly one of the best we have seen in a long, long time. We have hitters who can hit, and a BP which so far has shown to be unstoppable.

Before Florida, there is Harvard. They haven’t played in almost two years, but this doesn’t mean we can let up on the pedal. It is pedal to the metal and burn rubber all the way in swinging three this weekend. Game times are 7PM Friday and Saturday and 1PM on Sunday.