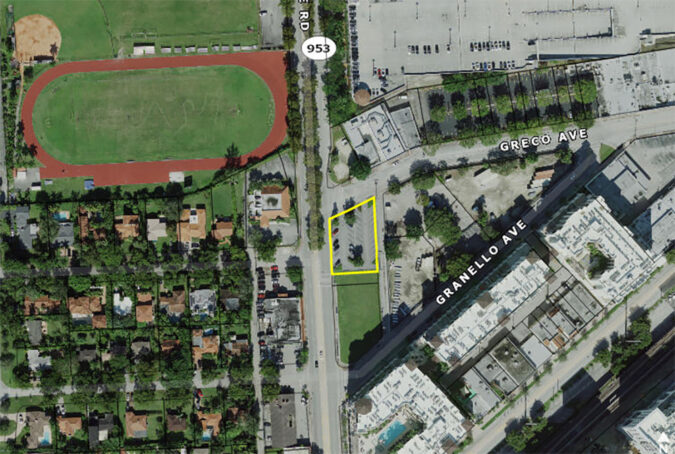 The saga of 350 Greco Avenue is an embarrassment to our City Government and demonstrates that Commissioner Mena and his enabler, City Attorney Miriam Ramos, have overstayed their welcome and it is time for them to resign.

On Tuesday, May 11, the first Commission post-election meeting was held. On the agenda was a first reading of an ordinance to sell 350 Greco Avenue, a city-owned property, to a private developer. What was missing from the agenda were the facts: why was the city selling the property? who was the purchaser?  what was the price? what had been done to ensure that the residents were getting a fair price?

One could not find any facts about this transaction on the City website. The first time we, the citizens, found out about this transaction was when the commission meeting agenda was published just days before the meeting.  Further, what we learned at the meeting was both revealing and troubling. We found out that the Commission had circumvented the normal process of seeking bids to ensure the citizens obtained the highest price. More troubling was the identity of the buyer – Frank Quesada, who was a Coral Gables commissioner when this process started years ago. He and his partners approached the city about buying the property and the city staff was directed to deal solely with his group. Being a Commissioner has its advantages, you know.

It also turns out that when Quesada left the Commission, his influence did not end.  Quesada’s Belen-Jesuit brother, Michael Mena joined the Commission and in 2019, Quesada hired Mena to join his law firm.
To most rational people, this employment relationship would require Mena to recuse himself from deliberations and voting on the Greco sale because, at the very least, this employment created an appearance of impropriety. Our government, however, is not made up of rational folks but rather those who want to take advantage of us, the residents.

Mena only disclosed his ties to Quesada, the Greco purchaser, in a mumbled reference during the discussion of the sale during the commission meeting.  Could he be so brazen because he has his city-paid enabler, City Attorney Miriam Ramos, covering for him?

According to Mena, he cast a “yes” vote and was relying on an opinion handed down by Ms. Ramos. Yet, when a local publication reached out to Ms. Ramos for a copy of the opinion, they were told that the opinion was verbal, not written. When asked who the purchaser was, she reportedly said she did not know. How a lawyer can opine about conflicts without knowing all the facts escapes me. It appears to have escaped Ms. Ramos as well because the day after the Commission meeting, Ms. Ramos issued a 4-page opinion that, lo and behold, disclosed the purchaser.

We deserve better. First, the sale should be removed from a second reading coming up at the next commission meeting on May 25th, and the sale should go through the normal bidding process. Second, both Mena and Ramos should resign.

Mena knew he was doing something wrong and tried to cover his tracks. At the commission meeting he blurted out that his vote would not make a difference because he said he knew there were four “yes” votes from the mayor and 3 other commissioners. That’s uncanny given Florida’s strict Sunshine Laws which prohibit commissioners from speaking to each other in private about city business.  So, how did he know the other commissioners would vote in favor of the sale?

Ramos similarly understood that a verbal opinion was unprofessional so, after the vote when light was starting to shine on this insider deal, she prepared a CYA opinion with the alleged help of a secret expert. We deserve a city attorney who protects our interests and does not capitulate to whatever Commissioners want.