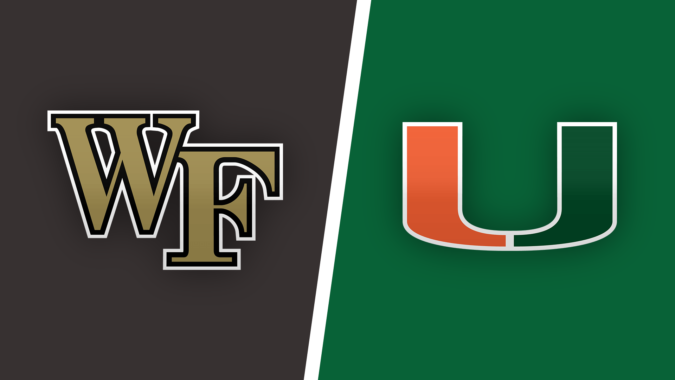 The fire that has been burning brightly these past 4 games needed some additional  rekindling in the later innings in order to get pass what turned into a pitching battle royale.The Canes struck early and than reverted to old ways in having the bats totally shut down for 4 innings where they were only able to come up with 2 hits and striking out 6 times along the way. Victor Mederos only gave up one hit through 5 innings but unfortunately it was a solo blast to right center by the ACC Player of the Year for 2019, Bobby Seymour, who tied the score at 1 with a lead off bomb in the second. Neither side were swinging the bats through 5 where the strikeout for both was the order of the day . Both starters would reach their Waterloo in the 6th and the call to the BP was made to stop each team’s bleeding. Miami made it to two outs in the 6th after striking out the 1st 2 batters before the tank ran dry for Victor with 3 extra base  hits, the second being a 2 run over the scoreboard lunar orbit by Brock Wilken giving the Deacons a 3-1 lead. At 79 pitches, Victor’s day was done. The call to BP brought in Anthony Arguelles. Took the count to a full  before dowsing the rally with a FO to right. Miami in a bit of a shell shock from completely dominating Wake last night finding themselves 2 down into the 6th. Wake’s starter was still pumping strong until he too pumped dry after Anthony’s 2 run homer (the second in two nights) sent their starter to take the long walk back to the dugout. With their BP running on fumes from COVID, DC made short work of the new pitcher by taking a 1-1 count over the RF fence for his 3rd HR of the year. Miami leading by one, Gino would have to go once more to the BP, and without hesitation holding barely onto a 1 run lead brings in Carson Palmquest with 2 outs in the 7th with runners on the corner to smother the fire once and for all.

Gino stays with the starting 6 in the lineup with Alex as tonight’s DH with the return of CJ Kayfus at first batting 7th. Jenkins and Pitelli would flip flop for the final two slots. Victor Mederos making his first start on Saturday night still looking for win #1

Miami seemed to return to their earlier style of play taking the early lead and then drawing blanks afterwards, letting the opposition climb back into the game. Miami draws first blood with a leadoff double by Lala extending his on base streak to 19 in his last 21 games. Two batters later Yoyo singles to right bringing Jordan home from 3rd.

Wake answered quickly in the second when big Bobby Seymour goes right center to tie the score at one. That is the way it would stand until the sixth. After Seymour’s HR, Victor would retire the next 13 of the 15 batters faced with 7 Ks along the way. Lowder almost did likewise for Wake striking out 6 and bringing in 2 DPs

The pitching duel would come to an end in the 6th with 5 runs being put up on the board (2WF; 3MIA). With a 1-1 tie into the 6th each pitcher were sending batters back to the dugout faster than they each wanted. Finally after Victor striking out the first two batters in the 6th, the 2,3,4 in the order sent Victor himself back to the dugout and giving the Deacons a 2 run lead with a double, HR, and another double. Miami did likewise to Lowder but with a pair of HRs by Vilar,extending his hitting streak to 9 and DC answering Wake’s 2 with one better.

The 7th, Wake threatened to tie the game at 4 with a leadoff double,followed by a hit batter putting runners on 1st and 2nd no outs. The word quickly sent to the BP for Palmquest to expedite his warm up as Arguelles was in a meltdown. Strikeout and a groundout put runners on the corners and barring any further problems, in comes the STOPPER to try to save the day. A quick 3-0 count is as quickly turned around to a 3-2 before a final third strike call looking.

With Wake’s BP running dry, Wake goes to the bottom of the barrel and brings in a first appearance freshman Camden Minacci who was frightened by the Big Bad Wolf and walks/WPs brings in a run and is finally blown away in the 8th with CDC’s triple off the RF fence to extend the lead to 3 after Alex singles him home to secure the game and the series victory.

Carson puts the final coupe de grace striking out the final two batters giving him his 5 save of the year which also put him at the nation’s TOP STOPPER.

Offensively the bats were not as responsive as the past 3 games but still hitting a respective .276 tonight, but with a more impressive RISP batting .429. This is where we really had problems last year and it looks like patience is paying off but at the same time being aggressive at bat. Stat wise not as impressive as last night with only two players in double digits, but finally seeing extra bases on the rise. Lala was 2-2(2 doubles) and CDC 2-4 (triple). Another pair of HRs by Vilar and DC making it 3 each for the year. Along with HR Anthony also picked up a pair of RBIs. Toral, DC, and Yoyo each receive an RBI for their efforts. Biggest concern with our starting 9 has been Tony Jenkins who has been in a major, major slump batting .083. He is hitting the ball but just can’t find an opening. As soon as Chad Born is healthy to resume play, Tony might be joining Gil to contemplate their future.

Pitching at the top and bottom you could not ask for more. Arguelles has been iffy at times and hasn’t yet settled in. J D might start searching for a more reliable middle reliever. Understand Jake Smith had a great preseason but my first choice is still Alex McFarlane who gave us great relief yesterday.

Defensively, with the exception by Yoyo for the sole error in the 5th, the defense looked solid. Did have a botch DP on a high throw by Pitelli to first  in the 7th but neither cost a run

Following the game, as expected. the white towel was raised by the Deacons as they had expired all of their pitchers in their COVID ridden BP and was forced to cancel Sunday’s game. That said it just might give Gino the perfect opportunity to move Daniel to start against Florida Gulf and have Jake Garland move into the starting Sunday slot for next Sunday’s game against the Noles. The Canes will be on the road Wed before returning to the Light next weekend for the Series that has the most meaning for the players and fans. All series are important, but I think everyone agrees that the Florida State series is something special.